Yvette is a mum of three adult children. She has fibromyalgia and and other medical conditions that she notes in her diary pages. Her eldest son, Levi, supports the family financially, including paying for storage for the overspill of his mum’s ‘hoard’. The family have not allowed me to photograph their home. 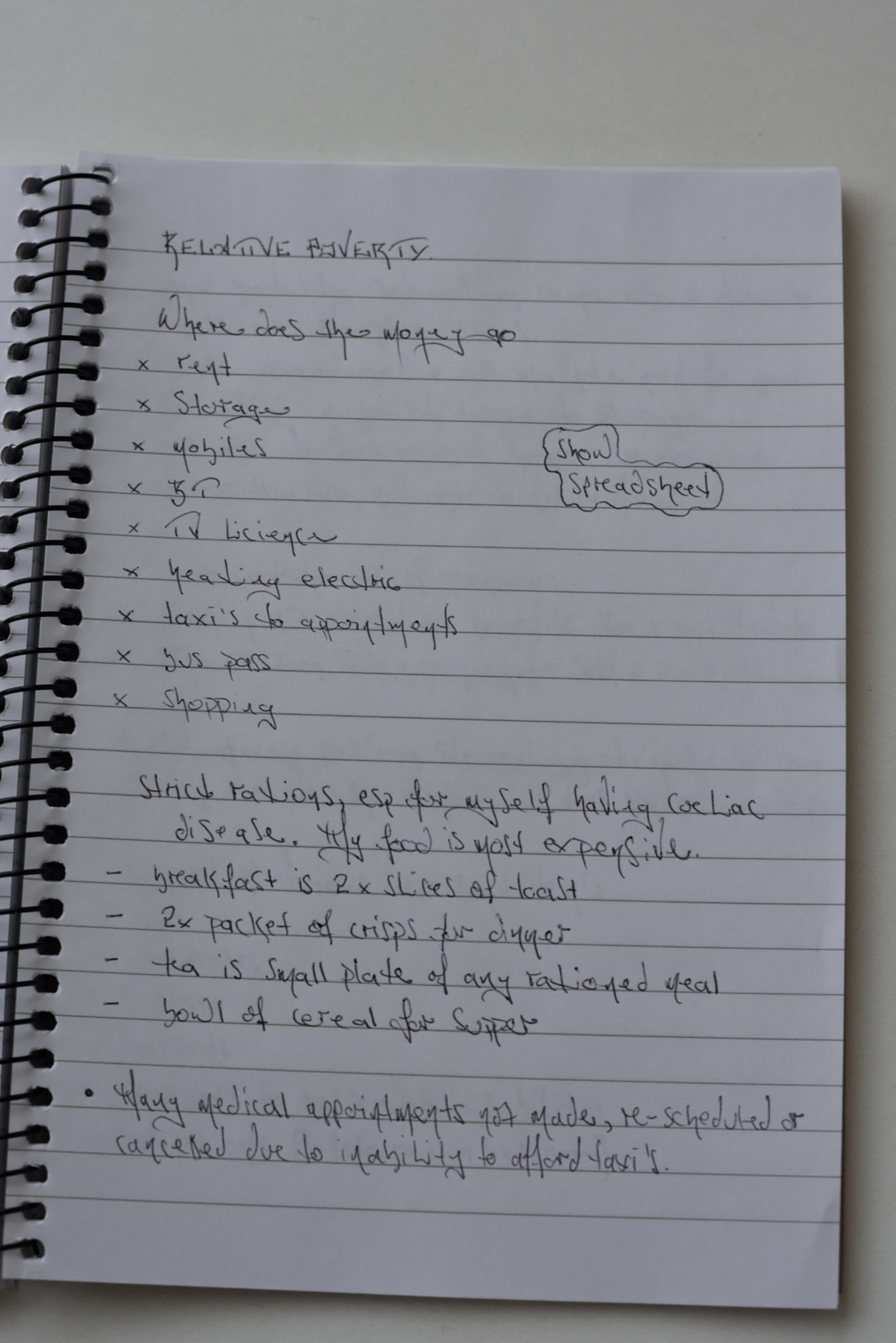 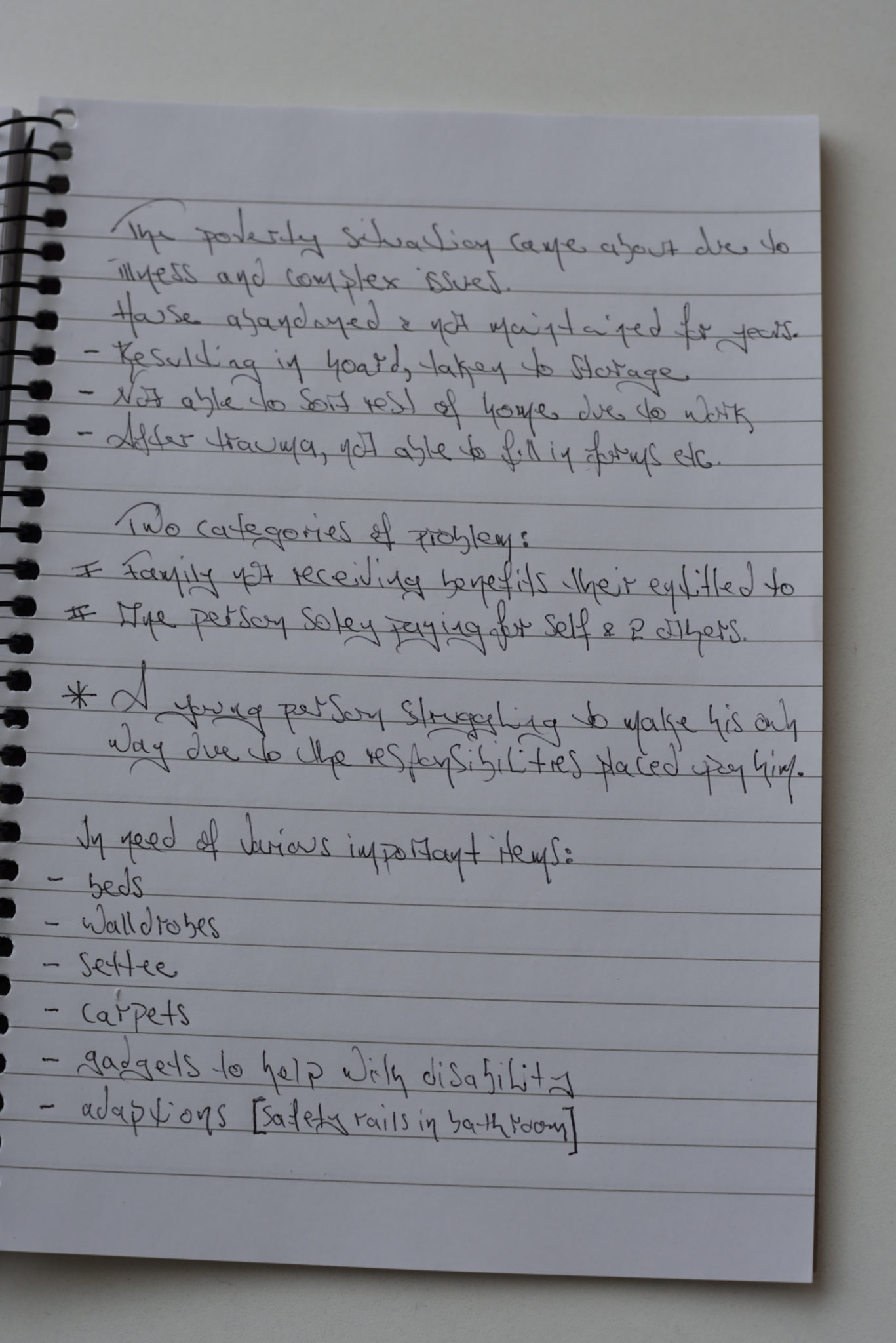 In various public discussions, Levi’s spending as detailed in his own spreadsheets, has been scrutinised. I don’t believe that he owes any of us an explanation, but a very common response to any of Relative Poverty is to query the spending choices of participants. Conversely a criticism of the lead character in I, Daniel Blake was that he was too saintly. Basically if you are poor you can’t win, but to give some context to what Levi, as the main breadwinner, feels is important to him and his family:

‘Holiday Pot’ – he’s working full-time, if he wasn’t spending the vast majority of his earnings supporting his family we wouldn’t be having this conversation… I didn’t ask when Dave, Niamh, and Natasha last had holidays.

‘Website Hosting’ – he’s trying to set up a business. Like many of us, he has aspirations to do better than he is currently doing. Little something I did on aspiration – www.aspirationsdoncaster.blogspot.co.uk

‘Phone Contracts’ – he pays for his own, his mum’s and his sister’s phones. Glancing at his mum’s diary should give you an indication of how necessary a phone is to someone in with her medical issues. His sister suffers from anxiety and appears to be withdrawing from the world, giving her a means of communication is his way of helping.

‘Music Subscription’ – this is specifically for his sister, to give her ‘something to make her feel better’ as he put it.

Levi is an upstanding young man, who has taken the role of father and breadwinner. He offers his mum and sister something the system cannot give them- support. Not only financial but emotional
As for aspirations, of course, we all have them as an “opportunity“ and a method to deal with such hardships. (in this case , he deserves these more than most of us)
I admire the man he is and will continue to be . I also abhor the system that creates this .
Keep fighting this, and may we all be given the opportunity to survive with some dignity

He is Rich, he’s a good man who is carrying a heavy load. I’m hoping to work with him again soon. All the best my friend.